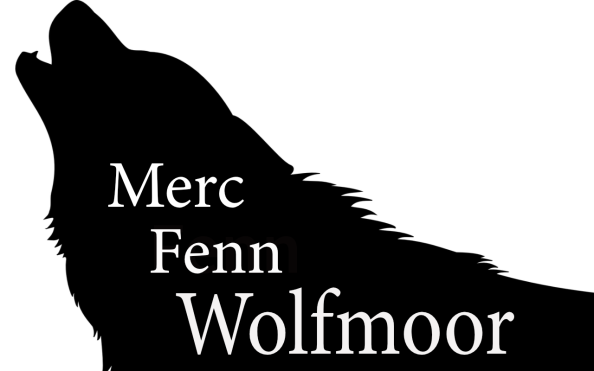 [UPDATE: I made an additional blog post talking about what the name means, and more about its origins. 🙂]

It was five days after my birthday. That point has some minor significance, even if this is a choice I’d been mulling over for months. In my heart, though, I’d been pondering this for so much longer. But as birthdays are wont, I had a lot of people wishing me well—which is wonderful and I love you all.

It also coincided that I was at 4th Street Fantasy, a local convention held every June. I had the pleasure of being one of the panelists at “Fantasy About Everyday People,” which was an excellent conversation about genre, tropes, characters, and stories. It’s customary on a panel to introduce yourself, unless the moderator does it for you. I said, as per my usual, “I’m A. Merc Rustad…”

And for the first time, though I’m not sure anyone explicitly noticed—I was also incredibly tired from work—I experienced a twinge of profound discomfort when I said the “A.” I brushed it off. It was the exhaustion talking, I thought. And yet, the doubt was there, wiggling around. This was the first time since January (when I was in Detroit for CONfusion) that I’d said “A.” and “Rustad” aloud to an audience.

Most everyone calls me Merc. That is my name, so this makes sense. And yeah, I’ll totally brag: it’s a pretty fricking awesome name!

It’s the initial “A” that unsettled me. Made me uncomfortable. It had for a long time now, but like a lot of internalized bullshit, I didn’t think I could do anything about it. Which is weird, when you look at it logically: it’s my writing name, I can make it whatever I want.

Sure, there would be bumps and confusion, since I have a fairly decent sized body of work with a specific name on it. But people can adapt. Identity is fluid. Things change, people change—no one seems to blink when someone changes their name via marriage, right? And that’s as much a social construct as given names and whose surname you acquire as a smol.

Names are incredibly powerful things. When I legally changed my name to Merc, after too many years of being deadnamed by a string of syllables that were not me, it was amazing. I was renewed; elated; eager to burst into the world and wave that governmentally-mandated piece of paper at everyone while I beamed: this is me!

So now, three years after that legal triumph, I was wrestling with the realization: “A. Merc Rustad” is not me anymore. That is not the name I want on my writing.

So let me share some of the why. The following is a transcript from the twitter thread, for easier reading:

There are two levels for this. The first is dayjob related. In a good way! Nothing is certain yet, but if things work out, I need to professionally make a clearer distinction between my legal name (used at work) and my professional writing name. An initial isn’t enough.

The second is a personal level. The initial “A.” in my byline is a hold-over from smol!Merc, when I tried, for awhile, to keep my deadname in my handle obliquely to mollify some family members.

Once I was more comfortable with myself, my gender, etc, I made the initial mean “Android”. And for a time, it was okay. It looks fairly nice as a byline. (It did confuse a lot of people who weren’t clear whether to address me as “A” or “Merc”—fyi it is always/only “Merc”)

But more and more, I am uncomfortable with the initial “A.” — it reminds me, even if no one else, what the original purpose was. There are still relatives who deadname me, even if most of them mean well in general. But it’s tiring. If I share my writing, the “A” is a reminder.

So I will be dropping the “A.” for certain, going forward. It is time to let that past be discontinued. The next part is my surname.

I honestly have no strong feelings one way or another about Rustad as my surname. It’s familiar. As a non-writing professional in an industry, or in life, I’m fine with it! But you know how writing is SO INTENSELY PERSONAL?

Yeah. The surname has some baggage simply for the fact that I have lived with it all my life. And again, in non-writing life, I’m fine with that. (And since there is a very high probability I will never marry because I’m arrow/ace anyway it’s irrelevant XD)

…. ARO. Or maybe we should be arrows, taking out the knees of would-be-adventurers across the land!

ANYWAY. XD Arrows and institutions aside, differentiating my legal surname that I use for work and what I use as my professional handle, makes sense, right? Right. If I’m dealing with dayjob clients, I would like my writing to never come up in 99% of cases, because AWKWARD.

But deeper than that, it’s a personal desire. I chose my first and middle names because they are ME. The surname just kind of came along for the ride.

btw I ABSOLUTELY SUPPORT everyone who likes and wants to use their names, given or chosen. I understand familial heritage is important to many, many people. ❤ There is a ton of cultural threads tied up in names.

I hope you do what is best for YOU. ❤

So anyway: surname. I don’t know WHAT, exactly, I am changing it to yet. (But since I need this decided by July, uh…watch this space!) But for me, this is the right move—the best move for my brain, which I need to continue doing this career thing. ^-^

I really appreciate everyone sharing their experiences and thoughts about name-change in the other thread, btw! And just so we’re clear, yes, “Merc” will always be in my name. At the front. Merc is me. ❤

The “A” is now officially gone from my user name display. My handle will remain the same!

[edit: the handle will actually change, but Twitter does a decent job of redirecting, and I will have @Merc_Rustad as a owned back-up handle to prevent bots]

If anyone’s curious, yes, choosing a brand new pen name is terrifying (at least for me!), but also exhilarating beyond words. I am claiming this new piece of my identity. Like when I went to the courthouse and came out with a piece of paper that let me legally be who I am, this will take some accommodation. I’ll have to update a crapton of things all over the internet—website, social media, links, pages, etc. It’s a process.

But it’s a good process, one that is affirming, wonderful, and empowering for me. Over the next few months I will be transitioning (heh) things over, asking websites to update my byline. (Things such as ebooks and print books, I am fine with being left alone, don’t worry!) In general, the next few months will be a lot of steering people towards this new name.

I’m still me: I will always be your friendly neighborhood Merc!

So please let me (re)introduce myself: