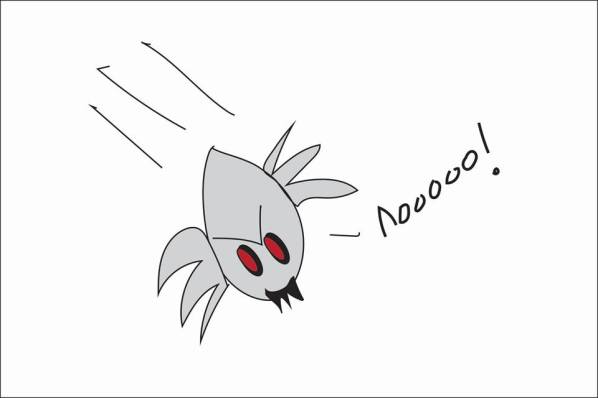 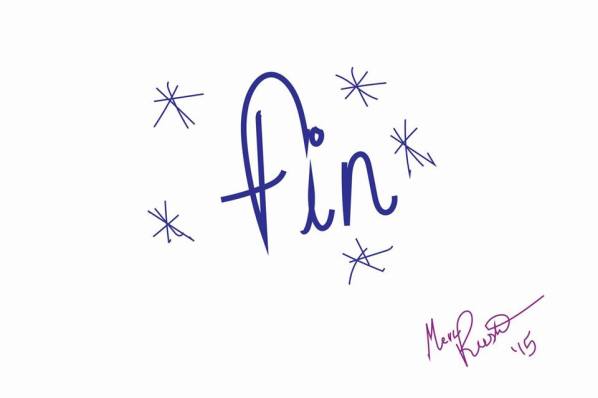 A person sits at a desk, typing on a computer. An arrow points to them that says “author.” They wear an orange hat with the word MERC on it. In the upper left hand corner is a “doubtroach,” a gray tick-like creature with teeth. A thought bubble by the author reads: “Awesome! I just finished a new story! Now I can send it out on submission!”

Close-up on the doubtroach as it launches itself off the wall, screaming: “NOOOOO!”

Close-up on the author’s face. They say, hesitantly, “But…”

Close-up on the doubtroach. It says in all caps: “NO.”

All around in faint shades of gray text are doubts, such as no one will read this, you suck, stop writing, give up.

Close-up of the author’s face again. They raise one eyebrow.

Back to close-up of the doubtroach. Its eyes glow bright red in fury.

The author smirks at the camera as they FLICK the doubtroach off the keyboard. It flies towards the wall, screaming: “Ahhhh!”

The doubtroach splats against the wall and groans. The author smiles at the computer. The computer screen is filled with a bright purple text: SENT!

*FIN* is written in bright purple, with lots of stars surrounding it. Merc Rustad has signed their name in the bottom right hand corner.